For example, if you are competing against someone and you try to go for the submission right away, he’s going to resist and do everything he can to not tap. However, once you start scoring points, you get a sweep, you pass his guard, you get the mount then it will be much easier to get a submission because he will be desperate to try to escape and win the match and he will end up giving something to you.

For example, let’s imagine you are fighting against someone and you get the sweep and pass the guard. Now your opponent knows that he is losing 5-0, so he will be desperate to escape, giving up his arm or neck and you can take advantage of that.

In my case, most of the submissions I got in tournaments was when I had already scored a bunch of points and I was ahead of my opponent. So my tip is that when you are competing, of course, try to hit the submissions but keep in mind that it’s much easier to get a submission if you have scored points first.

It’s funny but when I’m training I get fewer submissions than when I am competing. Because in training, for example, if you pass someone’s guard, the guy’s not going to worry much, it’s just training and he’s going to recover his guard on his time. But when it’s a tournament and you pass his guard and score some points, he will try hard to escape and that’s when you can catch him. You’ll hit the submission when he’s trying to escape.

So that’s my tip, try to score first and then get the submission.

If you are looking to improve your submissions, make sure to check out my instructional “High Percentage Submissions – 4 DVD Set” – Just Click Here To Check It Out. 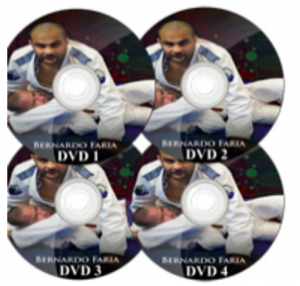