Today I am here with Rodrigo Artilheiro.  He is one of the most knowledgeable guys that I’ve ever met.  Rodrigo is a black belt in Judo, Brazilian National Champion in Judo, he is a world class wrestler and 7x National Wrestling Champion in Brazil, he is a black belt in Jiu Jitsu, 2x ADCC verteran, he’s coached some of the best Brazilian UFC fighters including Vitor Belfort, the Noguira Brothers, Werdum, and Crocop, he is also a Krav Maga instructor who has been to Israel three times to work with the best Krav Maga guys.
The list goes on and on.  Rodrigo was showing me how to defend yourself in a street fight, and many times when we talk about self-defense guys, we think they may not be legit, but you cannot be more legitimate than Rodrigo.  He is one of the the best self-defense guys in the world.  Today Rodrigo is going to show us how to defend against a sucker punch.
Many times when you have some type of conflict In the street and you have to use self-defense, the first thing a guy is going to do is use this big sucker punch.  They are probably going to try and swing as hard as they can.  The swing will probably not be that good because many people on the street have no idea how to fight.  Rodrigo has an awesome counter to when people use a strong sucker punch in a fight.
Rodrigo has a whole sequence on what to do if you are in a situation where a person is trying to hurt you and is going to start with a sucker punch.  Rodrigo knows how to defend, counter, attack, and put a guy on the ground if he is trying to throw a sucker punch.   Rodrigo is going to show you how to block the punch with a natural reflex, than also use an elbow, he follows with an arm drag to attack the back.  This is because he does not know what is in his attackers pocket, belt, or waste.  Once he gets to the back, he wants to make his opponent fall to the ground, inflict some damage and than attack a kimura. Check out the video below.

Guys I hope you enjoyed that video, don’t forget to download my free E-Book.  I really think

that this E-Book is a great tool to help you guys improve your training and your bjj as a whole! Also check out my DVD below on the closed guard! Osss! 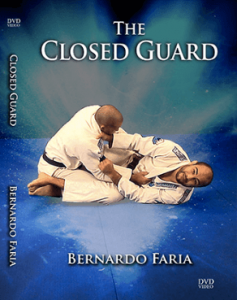